Some people like to collect shoes but the vast majority of people around the world buy shoes to wear them before going somewhere. The global footwear market is at $365.5B while collectible market is a tiny $6B (1.6%) compared to it.

Think about how insignificant the shoe market would have been without a utility for the shoe.

For that reason, for example, I don't know what is so interesting about Bitcoin being the "Online Gold". To expand on that, looks like in markets that deal with resource scarcity, speculation via collecting those resources can become detrimental to the assets utility. Take real estate as an example.

Speculators are a group of early observers who want an easy way to connect themselves with an opportunity and leverage its growth.

The city land is always limited and speculators tap into this limitation by holding a piece of it for themselves. This naturally fixes the price at the highest an actual user of the space can afford to pay. The urbanists learned the hard way that the effect cannot be left on its own.

High home prices in downtowns repel the most vibrant category of residents: young households. Prices become driven by commercial activity. As a result, nights are exceptionally silent in these regions and that attracts crime. If this goes on, the very core of an urban space dies. Some may have made money in this example but in reality they are turning a hidden balancer into cash for themselves. They have made their money at the expense of taking away the downtown's vibrance.

City planners have learned to look out for this kind of fallacy, where more real estate activity is not necessarily better for the city. The early cases of downtown deaths were self-inflicted due to zoning policies and brutalist planning. Fortunately thinkers led by Jane Jacobs brought urbanism back to being people-centric. That said, today most communities clearly have failed to house everyone who can contribute to their future. People are being pushed out of places close to their work.

"Drive until you qualify"

This is becoming a more common saying (opens new window). It means drive outward from the urban core until you reach somewhere that homes are affordable enough for you.

Vancouver's transparent city is a famous example of when more -- but not enough -- housing has fueled speculation. So next time you see moms walking with strollers at your local park, smile because it hints that something is going right in your neighborhood.

Real estate is becoming an example of where speculation is happening via collecting a scare resource and that is causing issues.

# Collectibles on the Web

There are other places where this dynamic is working out fine... albeit with some compromises.

I looked up my family name's .com website to see if it is available. As you will find out upon trying, Mottaghi.com was listed by a company called HugeDomains, for "only $2,795" (over $5,000 in 2021) even though my family name is very specific (double "T"s). It says the brandability of it is "very high". A questionable claim at best.

When you want to buy a yet-to-be-taken website, you pay an annual fee to the registrar — typically .com is $9/yr. HugeDomins thought someone might be interested in the website and bought it on 2012-03-12 to re-sell it at a higher price.

This is cybersquatting (opens new window). The act is technically forbidden on the internet, but HugeDomain can argue it's not "profiting from the goodwill of someone else's trademark" and say it is providing value via the website, while it is open to offers.

Mentions of Cybersquatting in published media

How they have found out that someone like me would be interested in buying a website is a whole other story, but that is quite an investment for them: about $70 so far accumulated annual fees based on back of the envelope calculation. They are trying to get a 40-fold return on that.

And this is in no way only my story. In fact, go to .com of any 3, 4, or 5 digit number that you can think of (e.g. 42983.com) and see that it is already taken. To understand where the companies like HugeDomains get the incentive and patience to do such thins, we should talk about the early days of the internet.

It's 2003. Vancouverite Caterina Fake and her team decide to pivot from making a game, to making a photo sharing thing (opens new window) they had almost randomly come up with. They wanted to name the website Flicker. Fair enough, though unfortunately someone had registered flicker.com back in 1998. So they dropped the "e" from the name (opens new window) which turned out to be an ok marketing move.

Today flicker.com does route to flickr.com; presumably it was bought after Flickr had deep enough pockets to buy it from its original owner.

Website names have no relation to their function, and that's why google is in business. Next time you are searching for something, type it in the address bar and put a .com in front of it. Do you see a functioning website that would have been your choice?

Let's take that a bit further. Imagine an internet where all websites were already bought, but none is functioning. The prices are appreciating in value because one day the killer app will show up, and it wil be all worth it. Will you use that internet?

This is the perfect segway into cryptocurrencies.

That said, speculation in cryptocurrencies is not turning out like the early days of internet. There is more limitation of resources, so the speculation is the dominant activity.

From what we can see in crypto, speculation actually does leads to more marketing efforts, but that where it ends. Vitalik famously had trouble finding developers for Ethereum simply because the developers figured they can do their own things. Most of these projects have hilariously low 51% attack costs (opens new window). Speculation did lead to more lines of code, more press releases, and more Telegram supergroups, but more innovation? I don't think so.

Trading crypto for its price is as shallow as trading websites for their names, the real value that created the internet came from somewhere else.

In cryptocurrencies, speculators invest on the assumption that the technology has more value than its current price without concrete evidence. Warren Buffett is also in the business of buying things cheap, but after a good calculation of their assets and the realization that the stock price was not high enough, so he is not speculating, hopefully. I'd like to think that every investment is speculation to some degree.

Similar to the cybersquatting example, the clash of users and speculators happened in Bitcoin. But unlike the web, the users could not just side-step the speculators.

Let's look at Bitcoin by the end of last year. The speculator saw that the prices were rising, so it was the time to invest. This could have been ok for someone who wanted to buy coffee with Bitcoin, but because of the scalability limitation, the coffee buyer could not compete with the speculator over the transaction fees. One was transferring coffee money while another was investing life savings. Of course the fees they tolerate for their transactions is wildly different. As a result, we have less Fortune500 companies that support crypto from before. (Note from 2021: this is not true anymore, but it also doesn't matter because most of the added support is coming from off-chain services. Read more here.)

So sitting on a resource is not without its effects. Could there be a better way to invest? I'm not sure.

For the web, investing on internet companies is one obvious approach but it's not the same thing. A cybersquatter is investing on the internet itself. It's also not the same thing as buying internet infrastructure. Buying infrastructure does not have the "early arrival" benefits; the benefits from it do not compound over time. Buying a whole domain name-space ("dot something") does provide the benefits of cybersquatting, though it needs a huge upfront investment.

To its credit, cybersquatting is beautifully simple for the advantages it gives the investor.

Perhaps if the advantages of cybersquatting exceed the problems, it's worthwhile. The concept of "zero-sum games" might be relevant here. Is speculation a zero-sum game?

You commission a carpenter to make a chair for $50. the carpenter buys $30 of lumber and works on it for $20. Everyone can close their accounting books, but in this process raw wood has turned into something usable. Perhaps you give this chair to an employee who can sit on it and have higher efficiency as a result.

How about a cryptocurrency? Does turning computation into an online medium to transfer funds create added value? Probably not if two bots are transferring the amounts back and forth. The first value driver is the community (opens new window) around the technology.

Things that emerge quickly, fade quickly too. This phenomenon (being some sort of social media law that I can't seem to find) has been well-spotted in fashion (opens new window), in investment (opens new window), and even architecture (opens new window). The personal example of this for me is helping out with "intro to crypto sessions" at a community space. After the last crypto boom-bust. It now only attracts 3 people every time. One of them asks how they can get rich asap. 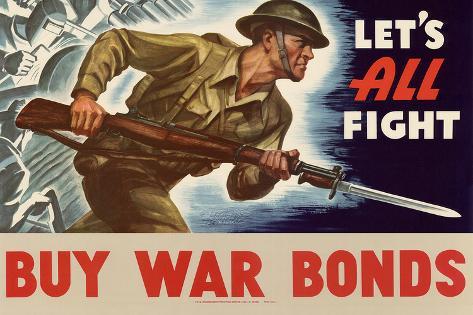 Imagine you are a citizen of the tenth century, standing with three wise men of your era. One of them says he is very close to turning copper into gold, the second one believes that the earth is round, and the third one offers to improve your mood and health by balancing your four temperaments.

Alchemy and Humorism were, respectively, the foundation of Chemistry (with the same name origin) and modern medicine (although not before killing George Washington (opens new window)); however, these two fields were nothing more than an assembly of anecdotes. Only the most absurd idea out of the above three turned out the be true, and that guided the other two.

What might seem obvious now, needed centuries of development to give birth to the scientific method. We should keep in mind that modern scientific disciplines each started as yet another attempt with their critics, until they started to reflect the reality. It seems as if in every historical period, only a small portion of the workforce randomly gave birth to a revolutionizing concept, while many unsuccessful (but necessary) attempts were made by others.

For most of the history, people believed that economy is a zero-sum game (economy is belief after all). In other words, being rich meant that you have taken other people's share, because the pie was a fixed size. In the modern economy we don't see the wealth growth like this because the rich leverage (or at least should leverage) from the growth of the pie.

In a global scale, the myth of the zero-sum game economy broke with the industrial revolution, when the improvement in the quality of life got so rapid that people noticed the trend. But the zero-sum games continued to appear often to this day. A new venture cannot easily determine whether it is in a zero-sum game or not.

If it is, being in that community is not the best idea, because:

As for the domain name, I eventually went with r--man.com. Let's see how long HugeDomain will sit on that "highly brandable" domain.